We would like to offer our sincere support to anyone coping with grief. Enter your email below for our complimentary daily grief messages. Messages run for up to one year and you can stop at any time. Your email will not be used for any other purpose.

Share a memory
Obituary & Services
Tribute Wall
Read more about the life story of Matthew and share your memory.

Matt spent most of his formative years in Wooster, OH where he excelled on the high school debate team. Matt overcame a childhood speech impediment to become an excellent orator. Matt also achieved his dreams of becoming a writer, a lawyer, and a journalist, but he considered his greatest accomplishment to be his two sons, John and Paul. His greatest joy came from being a father. Matt graduated from The College of Wooster in 1985 with a BA in History. He graduated from West Virginia University College of Law in 1988. After a short career as a lawyer, Matt became a journalist and worked first as a reporter then as an editor for the “The Journal” in Martinsburg, WV. Later he was an editor at “The Cumberland Times News,” Cumberland, MD. At the time of his death, Matt was the Editorial Page Editor for “The Blade,” Toledo, OH. Prior to that, he worked for the “Pittsburgh Post-Gazette.”

Matt is survived by his beloved sons, John C. Bieniek and Paul B. Bieniek of Pittsburgh. He also leaves his loving partner Marian Owen Bieniek of Lisbon, OH, a brother, Mitchell Bieniek and a sister, Michele Bieniek, both of Wooster.

A memorial will be held at a later date.

Arrangements have been entrusted to the Weber Funeral Home.

View this obituary and leave condolences at www.weberfh.com

To send flowers to the family or plant a tree in memory of Matthew Edmund Bieniek, please visit our floral store. 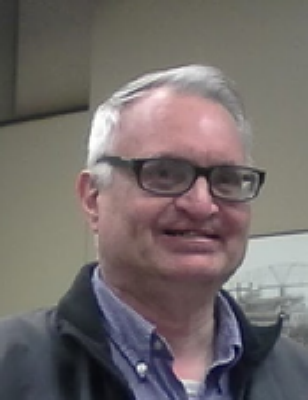 Look inside to read what others
have shared
Family and friends are coming together online to create a special keepsake. Every memory left on the online obituary will be automatically included in the book.

Look inside to read what others have shared

Family and friends are coming together online to create a special keepsake. Every memory left on the online obituary will be automatically included in the book.

You can still show your support by sending flowers directly to the family, or by planting a memorial tree in the memory of Matthew Edmund Bieniek
SHARE OBITUARY
© 2023 Weber Funeral Home. All Rights Reserved. Funeral Home website by CFS & TA | Terms of Use | Privacy Policy | Accessibility