Plant a tree in memory of Gilbert
An environmentally-friendly option 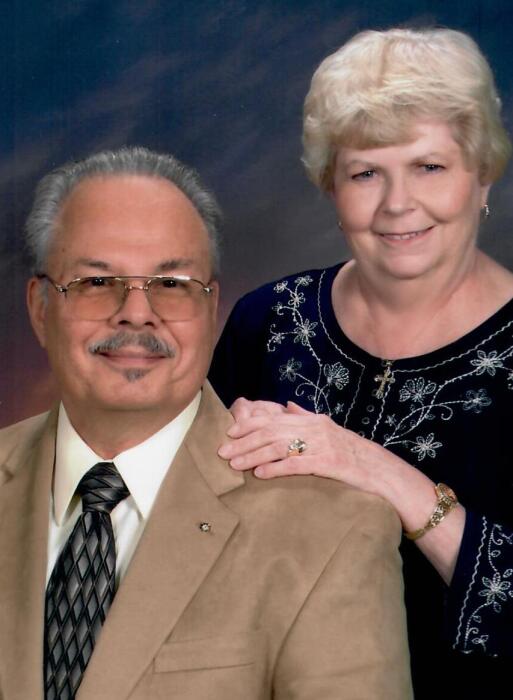 Gilbert (Gibby) Bartha, Jr, died peacefully with his daughters at his side, Friday, April 9, 2021, at Community Care Center of Alliance.  Gibby was born on July 6, 1941 to the late Gilbert (Gibby) Sr, and Louise (Straub) Bartha. He is together again with his wife, Kathy (Weber), who passed away on Christmas Eve, just 4 months ago.   He is survived by his daughters, Sheryl (Mark) Hawthorne of Lisbon and Julie (Kim) Bell of Salem.  He also leaves 5 grandchildren, Avery Hawthorne, Josh (Ashley) Bell, Robyn (Joe) Bell, Dana (Jordan) Faudree, and Meg Bell and her fiancé, Tyler Medina.  And 5 great-grandsons, Austin, Lucas, Kyle, Levi, and Zachary.   He is also survived by 2 “brothers”, Dan (Nancy) Weber of Lisbon and Mark Weber of Jefferson and their families, to whom he was always Uncle “Biggie.”

Gibby was a 1959 graduate of Salem High School where he participated in Band.  During this time, he also played in the American Legion Band and was a member when they won the National Championship in 1958.  Gibby was also the first one to paint the Quaker Sam logo on the basketball court in the new high school.

Gibby enlisted in the Navy in 1959 and served aboard the USS Tidewater as a Torpedo Man, stationed at Norfolk, VA, until his honorable discharge in 1961.  The Tidewater toured the Mediterranean and those were some of his fondest memories.  As a family, we enjoyed many summers in the Norfolk and VA Beach areas.

Gibby started his career at Alliance Machine and eventually became a Foreman at GM Lordstown, from where he retired after 33 years.  After retirement, Gibby and Kathy spent several winters as Snow Birds in Bonita Springs, Fl, together with many Salem friends and many more new ones.  When his Parkinson’s would no longer allow that, they moved together to Assisted Living at Copeland Oaks, in 2019.

Gibby enjoyed his family most of all, playing cards and having picnics and laughing! He enjoyed “riding the rails” with Kathy, camping and fishing, even when his youngest granddaughter caught a bigger fish! He was a member of Emmanuel Lutheran Church of Salem where he had served as Council President and as a member of Property Division, and where he and Kathy sang in the Senior Choir.  He was also a member of Branch 19 of Alliance of Transylvanian Saxons, the Parkinson’s Support Group at Emmanuel, and the Sebring Model Railroad Club, where he could enjoy his other passion.  He built a large HO scale model railroad in the basement of their condo in Lisbon, complete with lights and sounds and “interesting” people and settings!

Gibby will always be remembered as a fun-loving, hard-working guy.  He could build just about anything from wood, always to perfection, and helped his “sons” build and repair many times, always with a good time and a lot of laughs.

Gibby and Kathy will be remembered, together, hopefully around the Fourth of July, his favorite holiday.  Memorials to Gibby can be made to Emmanuel Lutheran Church, 251 S. Broadway, Salem, OH 44460.  And when you’re watching fireworks this year and maybe listening to a great band , think of Gibby and have a good laugh.  He would love that.

Arrangements have been handled, with love, by his nephew, Gregg Weber, of Weber Funeral Home in Lisbon.

Plant a tree in memory of Gilbert by clicking here.
To send flowers to Gilbert's family, please visit our floral store.

A service summary is not available

Plant a tree in memory of Gilbert
An environmentally-friendly option

Plant a tree in memory of Gilbert

1 tree planted in memory of Gilbert

To Sheryl, Julie and all of Gibby’s family we extend our heartfelt sympathies. He was one of a kind wonderful human being. It was a pleasure to become better friends with him and your mother when they lived in Miller’s Place. We were always met with a smile and a happy word as we drove past his house and always had to stop to say a few words to him. He helped make our get togethers at Miller’s place memorable fun times.. Our card games, an occasional afternoon drink in the driveway and many many conservations over the years will never be forgotten. He will be missed Dan and Mary Toothman

A Memorial Tree was planted for Gilbert Bartha

Plant a tree in memory of Gilbert